Plan to visit Sultana this summer in Chestertown 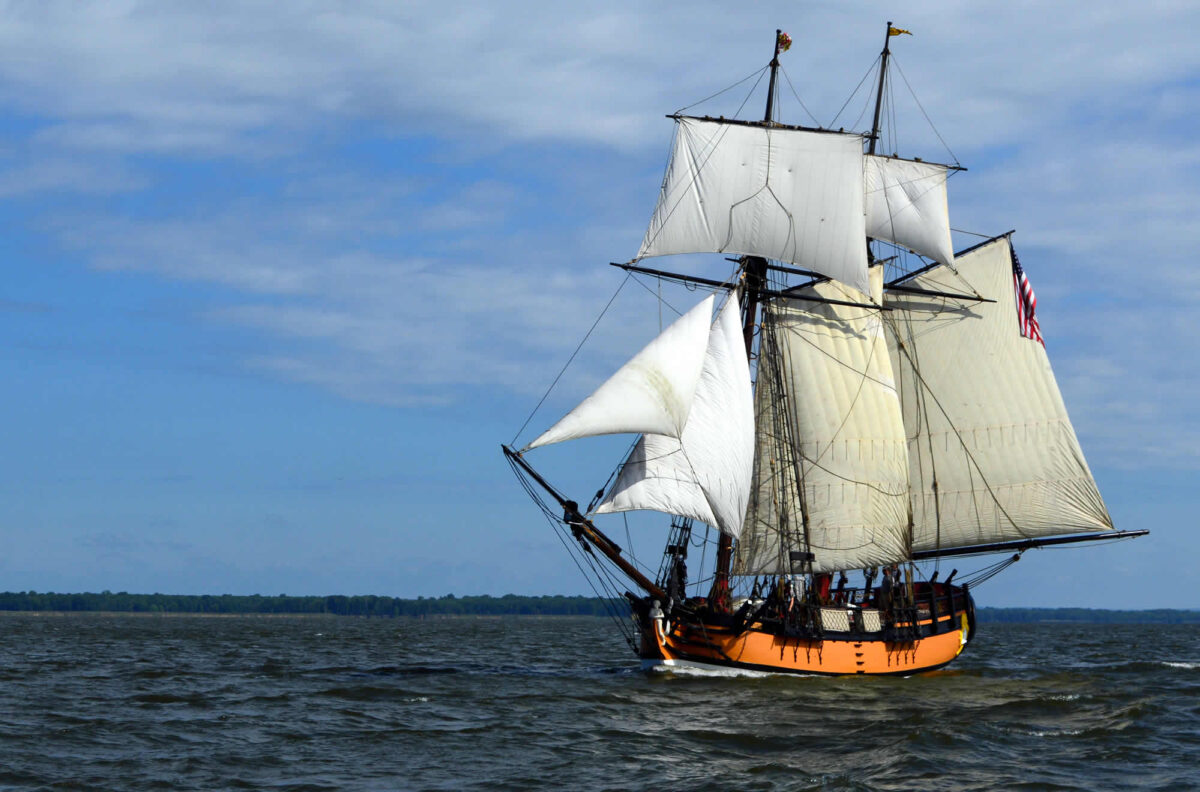 Estimated Reading Time: 15 minutes – I want you to imagine a magical trip, on the water, where you are having incredible experiences. It is summer, you are a kid on a 1768 schooner, with all sails up. You just left Chestertown and the Chester River on Maryland’s upper Eastern Shore, and are gently sailing down the Chesapeake Bay. I don’t know about you, but when I was a kid (which was a very, very long time ago), I would have given anything to be able to be a part of that trip, be it in 1768 or now in the 2000s.

If you have a kid in your life or in your heart, this year you owe him, her, or yourself the experience and adventure of a lifetime by arranging attendance at a summer camp on the schooner Sultana as a floating classroom. It provides experiential education programs focusing on US colonial history and environmental science to students. A day trip on the 1768 schooner Sultana is a great way to experience the Chester River onboard a traditional schooner. Passengers are encouraged to help raise the sails, steer using her seven-foot tiller, and explore the authentically reproduced crew’s quarters below-decks. As well as participate in other fun, interactive and informative activities such as navigating with 18th century instruments, sampling marine life, examining plankton under microscopes and conducting tests to monitor water quality.

The good news is, it is also for all ages, seasoned adults included. It will take you back to the age of sailing in a flash. 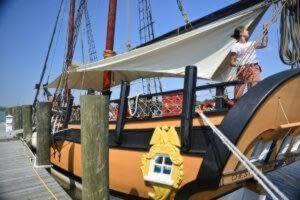 Today, a full-scale reproduction of the 1768 schooner Sultana sails out of its homeport of Chestertown, Maryland, between April and mid-November, making regular visits to ports around the Chesapeake Bay, including Baltimore, Annapolis, St. Michaels, Cambridge, Solomons, Alexandria, Norfolk, and Washington, D.C. How cool is that?

Sultana, a time capsule for the enjoyment of all

The modern-day Sultana was constructed at a shipyard in the heart of historic Chestertown.  It was built from 1998 to 2001. It was initiated and championed by lead shipwright John Swain. His idea organically grew into an initiative including private, corporate, Maryland State and US Federal Government participation, including the US National Park Service.

The original schooner Sultana was built in Benjamin Hallowell’s shipyard in Boston, Massachusetts, in 1767. The shipyard had been contracted to build Sultana by a wealthy South Hampton merchant who claimed that he intended to use it as a combination of cargo schooner and yacht. It was 50 feet 6 inches long at the water line. Only months after her launch into Boston Harbor, however, the wealthy merchant owner of Sultana hired a captain and crew to sail the vessel across the frigid waters of the North Atlantic to the Royal Navy Yard in Deptford, England, in speculation that the Admiralty would see fit to purchase her.  Purchase they did. They paid 285 pounds and the Royal Navy’s shipwrights proceeded to refit it, arming and provisioning Sultana for her new life as a revenue cutter in colonial North America with a crew of 25.

As American Heritage Magazine explains it, “The HMS Sultana was a Royal Navy schooner that patrolled the American coast from 1768 through 1772, collecting duties and thwarting smugglers. She was retired before the American Revolution as colonial unrest necessitated larger, better armed ships. Her assignment was to enforce the Townshend Acts by stopping smugglers; this mission took her everywhere from Rhode Island to New York, Pennsylvania, North Carolina, New Jersey, Delaware, Virginia, and many locations in the lower Chesapeake. Ultimately, the Sultana was sold at auction in England.” The Townshend Acts, by authority of the British Parliament and King George III, imposed duties on tea, paint, paper, lead, and other items imported by the American colonists. Detailed documents of Sultana have survived intact to the present day, providing one of the most authentic and thoroughly documented histories available for an American-built vessel of that period.  For example, we know that on patrol for smugglers in the Chesapeake Bay, on July 29, 1770, Sultana’s officers dined with George Washington. On October 11, 1772, HMS Sultana was taken off station and sailed to England. In December, it was decommissioned and sold at auction for 85 pounds.

People who make Sultana and other educational programs possible

In speaking about the core activities of the Sultana Education Foundation, home of the Sultana, Chris Cerino, Mayor of Chestertown and the VP of the foundation, said, “Today’s Sultana is just one of several educational platforms that the Sultana Education Foundation has. So, the boat does sail with about 5,000 people every year. But we also have an education center here in Chestertown. We have a mobile fleet of canoes and kayaks. We do programs with teachers that are more classroom based. So when you add all those up, we reach about 10,000 total students in a given year.”

Chestertown, homeport of Sultana, is considered by many to be the best-preserved and most intact Colonial seaport in the mid-Atlantic and was designated a National Historic Landmark in 1970. In context, in Maryland, only Annapolis has more Colonial-era buildings. The schooner Sultana is a joint endeavour of the Sultana Projects, Incorporated and the United States National Park Service. The Foundation’s programs vary from day programs to overnight programs that are between 3-8 days in length. For kids, many core programs are certified by the Maryland State Department of Education. Registration for Summer 2020 programs covering ages 5 through 18 is now opened! There are also public programs of the Sultana Education Foundation that all can take advantage of.

“We just opened a new building here in Chestertown, the whole education center. And that’s enabled us to start offering winter-based programming that happens indoors, as well as summer-based day camps through which we can reach younger kids. So, now we have students as early as five years old that can come and do an hour-long program. And then we have summer camps that are also geared for younger kids ages five to seven. Others don’t take place on the boat,” said Mayor Cerino.  Explaining the programs for much younger children, Mayor Cerino said, “Every Friday from November through March, we have an hour-long program, every week a different program for 3- to 5-year-old ones. But you know, sometimes a mom shows up here with a three-year-old and a baby. So we’ve had really little guys as well.”

In summer months, the Foundation offers week-long day camps where kids are dropped off at 9 a.m. and they are done at 4 p.m. They also offer a week-long residential program. Some of those take place on Sultana and others take place in the kayak fleet. Kids are dropped off Monday morning and families come back and pick them up on Friday. As Mayor Cerino puts it, “If you are an out-of-towner and you want to get your child on the boat, the summer residential programs are really the way to go.”

If you live out of town, think creatively and make Sultana a part of a unique family vacation

Creatively thinking, if you are an out-of-town boater, I can see a realistic scenario of going to Chestertown with your family by boat, staying a couple of days there enjoying Chestertown, then dropping off the kids on Monday for a Sultana residential program that accommodates 9 kids at a time. Based on a premade arrangement, you pick up your kids in St. Michaels (or perhaps another location), giving you a chance to visit other parts of the Bay before you meet up with the kids on Friday in St. Michaels.  If you do not have a boat, no problem. Another option is, of course, to arrange your summer vacation to take place partially in one of the lodging facilities in Chestertown and have the kids enjoy one week of sailing with Sultana. Then you go pick them up, by land, in another prearranged waterfront historical town like St. Michaels. That way, you can cover two wonderful historical Chesapeake Bay towns in a unique and relaxing Bay surroundings.

Move over school cafeterias, Sultana is serving much better food than run-of-the-mill types

In July, my wife and I caught up with Sultana in Crisfield, Maryland, and talked to Aldo Grifo-Hahn, the ship’s cook/educator, and Katie Stevens, a crew member/deckhand.  The crew was very knowledgeable and friendly. They loved their jobs. Having met with the ship’s cook/educator, I had to ask Katie how the food was.  Her response was quick and frank. She said, “It is quite good.” Aldo added, “We are trying not to give a run-of-the-mill food service.” Aldo and Katie really felt like the Sultana Project was providing an excellent educational experience for the kids and they were proud of it. 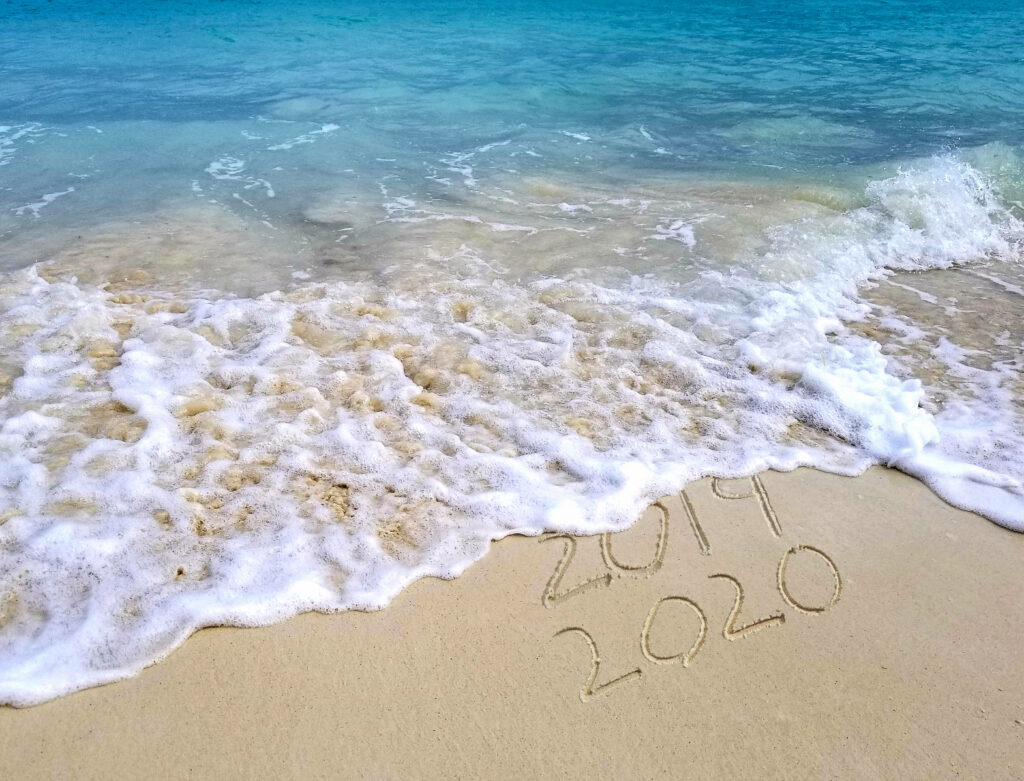 I hope to say hello to you and shake your hand if you spot my boat, Life’s AOK, in one of the locations that I will be visiting during 2020. 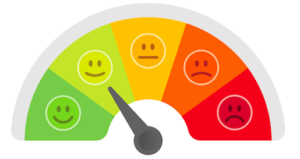 Marina where you can tie up your boat

Places to stay, besides your boat

Chestertown, homeport of Sultana, has ample lodging suitable for all budgets.  Make sure to check out the Main Street Events or call 410-778-2991 for more information. 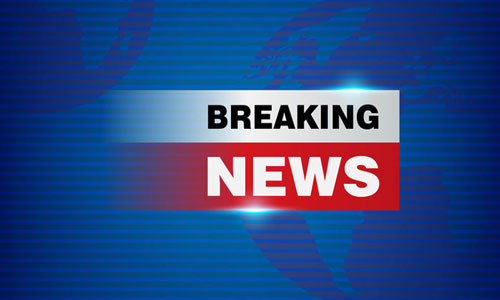 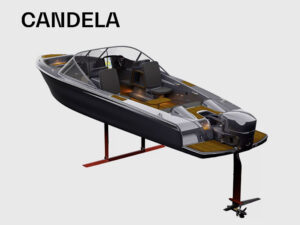